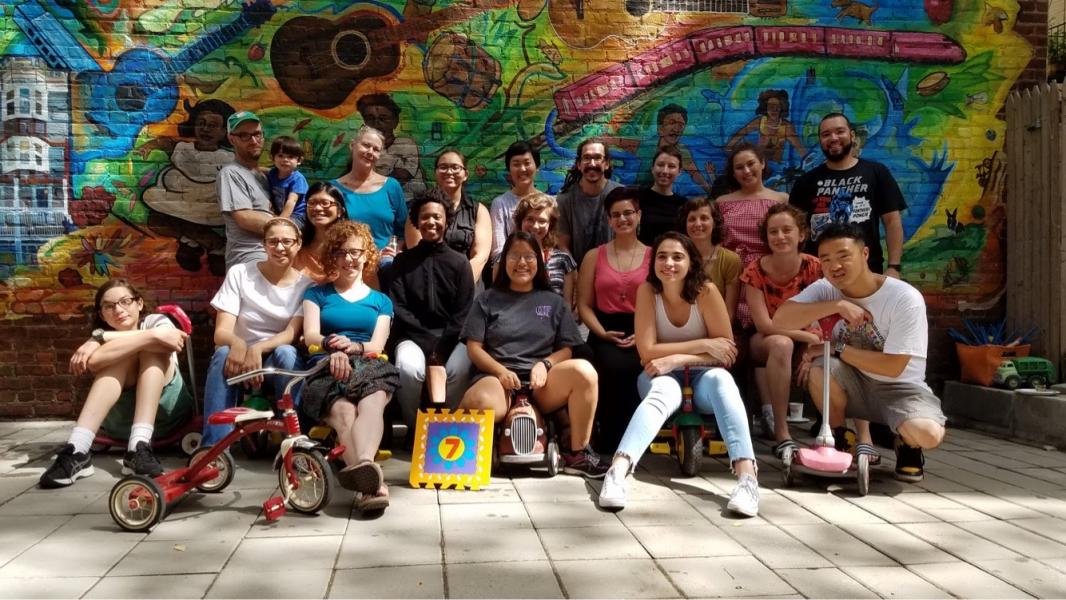 Word Up Community Bookshop/Librería Comunitaria is operated by a collective of 60+ neighborhood residents. Since Word Up’s founding in 2011, approximately 1,000 neighbors have been trained as volunteers. We practice horizontal leadership, seeking consensus as much as possible, though weighting decision-making power to those who will execute the work.

Currently, the collective consists of a mix of salaried staff and volunteers, after being 100% volunteer-run for our first 6 years in operation. While we have refined our practices as a collective over the years, we continue to work on a daily basis with members of our wider community on how the bookstore can meet the needs of all in our collective sphere. To read about our current staff members and to find out how best to reach us, please see below. 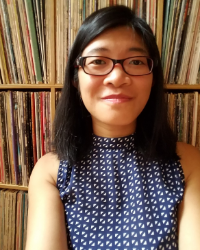 Veronica Santiago Liu is the founder and general coordinator of the collective that operates Word Up Community Bookshop/Librería Comunitaria and serves as the executive director for Seven Stories Institute. Prior/concurrent to that, she was managing editor then senior editor for more than a decade at Seven Stories Press, where she currently contributes as an editor at large. Veronica cut her teeth in bookselling 20 years ago as book buyer’s assistant and website producer at Kim’s Video and Music, and in publishing 18 years ago as the co-founder of Fractious Press. She was an inaugural member of the Committee on Diversity, Equity, and Inclusion of the American Booksellers Association (ABA), and serves on the boards of New Atlantic Independent Booksellers Association and Dominican Writers Association, the advisory board for Healthy Families Washington Heights, and the community advisory board for freeform radio station WFMU. Veronica has been a Publishers Weekly Star Watch Honoree and an honorable mention for the ABA’s inaugural Entrepreneurial Excellence Award, and in 2019 the Office of the Manhattan Borough President declared February 28th “Veronica Santiago Liu Appreciation Day” for her arts and civic work including Word Up. Veronica has served as a judge for CLMP’s Firecracker Award for Fiction, Kirkus Prize for Fiction, and the Story Prize, and as a literature division panelist for the New York State Council on the Arts. Raised in Toronto, Veronica is an 20-year resident of Washington Heights. 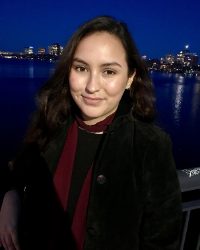 Carolina is a Colombian-American resident of NYC but was raised across the bridge in New Jersey. She attended Boston University from where she holds a Communications degree with a concentration in Public Relations. She first started at Word Up as a summer intern, continued as a volunteer, and started as the Assistant General Coordinator in May 2019. Carolina is also the Event Manager, helps coordinate Uptown Reads, and manages much of Word Up's social media. She loves non-fiction, comics, and walking dogs. 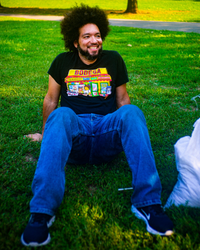 Emmanuel is a lifetime Washington Heights/Inwood resident. He has worked as a photographer and videographer for over 10 years and has worked with local community organizations for most of his career. Right now he works as the website manager, among other jobs at Word Up, and as the communications associate at local community theatre organization, People's Theatre Project. 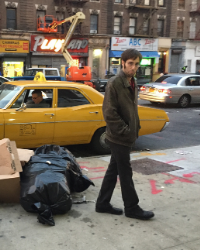 Michael is a freelance editor, writer, indexer, and New Yorker. His book AFFIRMISMS has been published by the venerable Bathroom Books and will undoubtedly remain terminally available at Word Up. In addition to doing sales administration for Word Up, he's half the web design squad at Spark Blossom and all the maintenance crew for British poet J.H. Prynne's bibliography. 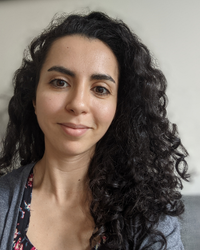 Amel is a late-stage graduate student studying physics at CUNY. She enjoys reading fiction, getting sucked into science, and going to the beach. A Word Up collective member since 2017, Amel has recently taken on donation tracking duties. 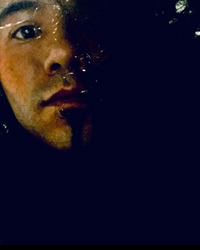 Renzo Moyano Condia is an Uptown local with a background in translation, interpretation, language revitalization and a love of the natural world. He studied anthropology and environmental studies at Colby College and has been learning two indigenous Andean languages lost generations ago in his family (Kichwa and Myska). 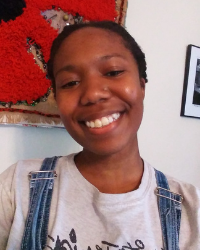 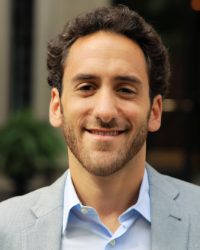 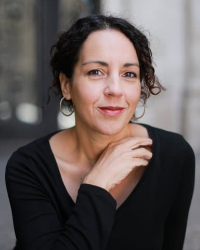 Angie Cruz is a novelist and editor. Her most recent novel is How Not To Drown in A Glass of Water (2022). Her novel, Dominicana was the inaugural book pick for GMA book club and shortlisted for The Women’s Prize, longlisted for the Andrew Carnegie Medals for Excellence in Fiction, The Aspen Words Literary Prize, a RUSA Notable book and the winner of the ALA/YALSA Alex Award in fiction. It was named most anticipated/ best book in 2019 by Time, Newsweek, People, Oprah Magazine, The Washington Post, The New York Times, and Esquire. Cruz is the author of two other novels, Soledad and Let It Rain Coffee and the recipient of numerous fellowships and residencies including the Lighthouse Fellowship, Siena Art Institute, and the CUNY Dominican Studies Institute Fellowship. She’s published shorter works in The Paris Review, VQR, Callaloo, Gulf Coast and other journals. She's the founder and Editor-in-chief of the award winning literary journal, Aster(ix) and is currently an Associate Professor at University of Pittsburgh. She divides her time between Pittsburgh, New York and Turin. 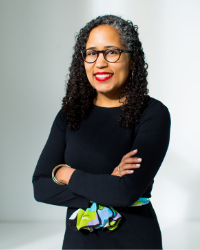 D’Lonra C. Ellis is the General Counsel for the Oakland Athletics, where she works on all of the organization’s legal matters, including its intellectual property, real estate, employment, commercial, and government affairs matters.   She is also an Adjunct Professor at UC Hastings College of Law, where she teaches Professional Sports Law and the Corporate Counsel Externships.  Prior to joining the Oakland Athletics, D’Lonra was the General Counsel of Aspire Public Schools, a non-profit charter management organization that runs over thirty-five schools in California and Tennessee; a Director and Senior Corporate Counsel in the intellectual property, marketing and advertising group at Gap, Inc.; and an associate in the litigation practice of Howard Rice Nemerovski Canady Falk and Rabkin (now Arnold & Porter). D'Lonra currently sits on the Board of Seven Stories Institute, which runs a non-profit bookstore collective in the Washington Heights neighborhood of New York City and Bay Area Legal Aid, which provides legal aid service to low income residents throughout the Bay Area. She received her BA in Architecture, Preservation, and Planning from Columbia University and her JD from Stanford Law School. 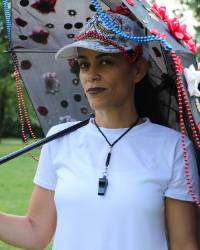 Sita Frederick is a Dominican, British-Canadian and American arts professional, choreographer, performer, mother and facilitator from Washington Heights and New Jersey. As a dancer, Sita performed with Urban Bush Women, Arthur Aviles Typical Theater, and Merian Soto Performance Practice. Her multi-disciplinary projects explore themes of power, colonization, migration, community, race, gender and culture. Bronx-based arts organization, Pepatian, recently produced a documentary film about Latina choreographers featuring a collaboration with Marion Ramirez and Ana “Rokafela” Garcia. Last fall, Sita was the choreographic consultant on Pregones/Puerto Rican Traveling Theater’s new musical ¡Guaracha! During the COVID19 quarantine, she partnered with Cumbe Center of African and Diaspora Dance to produce an Afro-Dominican dance workshop video series with various collaborators for older adults. Sita has worked as a teaching artist for many arts organizations, and as an arts administrator for Manhattan New Music Project, Urban Arts Partnership, and most recently as the Director of Community Engagement at Lincoln Center Education. Sita is a mentor for Women of Color in the Arts’ Leadership through Mentorship program. She has volunteered on the DanceNYC Advisory Committee and is currently consulting for the organization. Frederick holds a Master of Fine Arts in New Media Art and Performance from Long Island University, Brooklyn.

Daniella Gitlin is a writer, translator, editor, filmmaker, and educator. She is currently a PhD candidate in NYU’s Comparative Literature Department pursuing a Certificate in Media and Culture, and holds a graduate assistantship at NYU’s Hemispheric Institute. Daniella’s English translation of Argentine author Rodolfo Walsh’s 1957 book-length work of investigative journalism, Operation Massacre, was published by Seven Stories Press in 2013. Her writing and translations have appeared in the London Review of Books blog, Huffington Post, and CineAction, among other publications, and she is currently at work on a book about Israel. Daniella received a BA from Princeton University and an MFA in nonfiction writing from Columbia University. 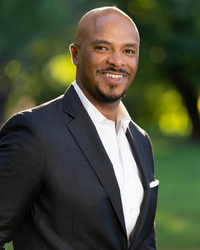 Nicholas Martinez is the CEO of HGI America, Inc, a real estate development company focused on equitable development in distressed communities across the United States. Before joining HGI, Nicholas was an underwriter at Citigroup’s affordable housing debt and equity platform, where he sourced and underwrote over $500MM in real estate projects across the United States. Before joining Citigroup, Nicholas was a Community Development Associate at the Local Initiatives Support Corporation (LISC). He holds a Bachelor's Degree in Government and a Master’s Degree in Real Estate from Cornell University.