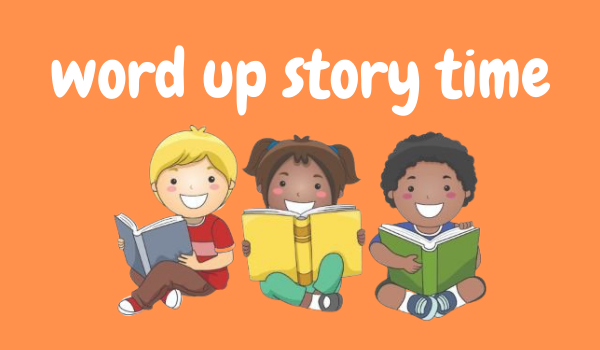 Saturdays at | Sábados a 11am (English)

with Memphis Washington & guests! This is a virtual story time that features a few picture books and songs. It is both on zoom and livestreamed on the Word Up Facebook page.

Join us for the Juneteenth edition of Mariel's bilingual story time. She is an engaging storyteller with years of experience. This weekend she will read books that touch on the Juneteenth and pride month. Don't miss it! 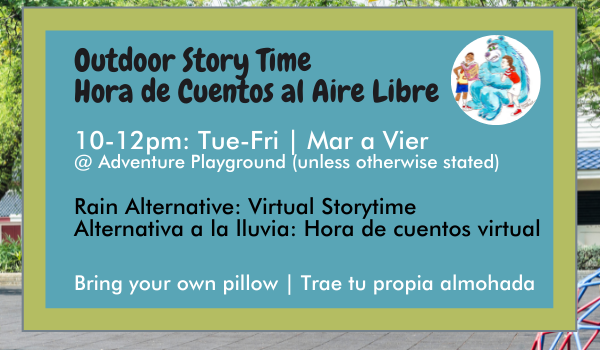 Bring your family to southern Highbridge Park and enjoy a summer of morning story times with Word Up Community Bookshop/Librería Comunitaria. Open to ages 0-8. This program is in English. Some story times will be bilingual or multilingual. Please send your questions, comments and concerns to education@wordupbooks.com. 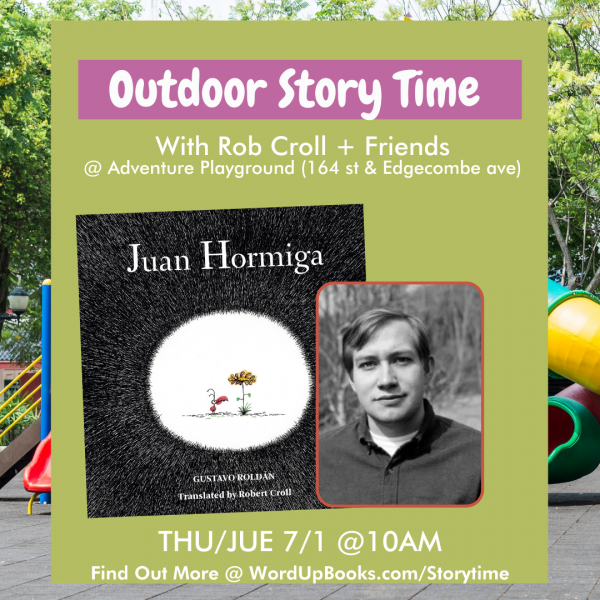 Special Story Time with Rob Croll, Thursday, July 1, at 10 am

More about Juan Hormiga:
Juan Hormiga, the greatest storyteller of his entire anthill, loves to recount his fearless grandfather's adventures. When Juan and his fellow ants gather around for storytime, he hypnotizes all with tales of his grandfather's many exploits - including his escape from an eagle's talons and the time he leapt from a tree with just a leaf for a parachute. When he's through telling these tales, Juan loves to cozy up for a nice long nap. He's such a serious napper that he takes up to ten siestas every day! Though well loved by his ant friends, Juan decides telling tales and sleeping aren't quite enough for him - it's time to set off on his own adventure. With whimsical, irresistible illustrations, Juan Hormiga affirms the joys of sharing stories, and of creating your own out in the world.

More about Rob Croll to come... 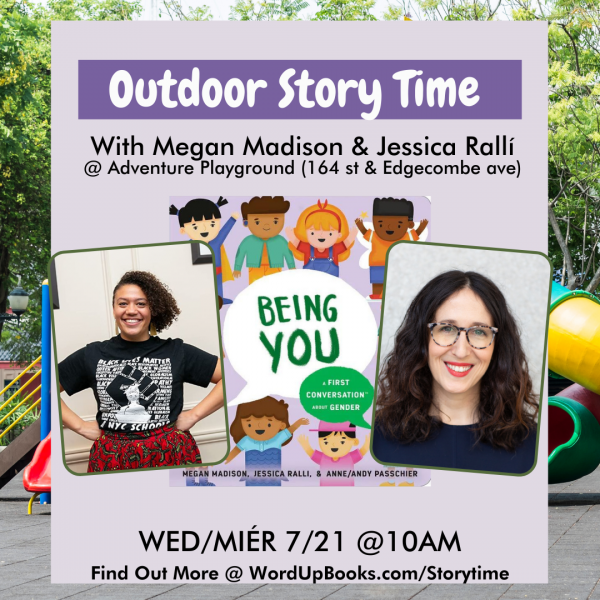 Join Jessica Ralli and Megan Madison at 10 am in Adventure Playground to experience their newest board book, Being You: A First Conversation About Gender (On sale July 13, 2021, pre-order below). Jessica and Megan write together on the First Conversations series. Being You acts as a resource for parents and kids engaging in their first conversations about gender identity, pronouns, stereotypes, and feminism.

The First Conversation series is a collection of children’s books inspired by new research that shows the benefits of discussing topics like race, gender, consent, and body liberation with children during their toddler years. This read-aloud board book series offers adults the opportunity to begin important conversations with young children in an informed, safe, and supported way.

Jessica Ralli is the Coordinator of Early Literacy Programs at Brooklyn Public Library, where she develops and manages programming for BPL's award-winning First Five Years initiative. She received her MA in Early Childhood Special Education from Teachers College, Columbia University, and previously taught in schools, childcare centers, and museums. She has written about early literacy and library services for young children inSchool Library Journal(where she co-authors the "First Steps" column with Rachel G. Payne) and has presented on play-based learning at the American Library Association Conference, Young Child Expo, and the Bank Street Center for Children's Literature.

Megan Pamela Ruth Madison is a lifelong student of radical Black feminism and an early childhood educator. She holds an MS in early childhood education from Dominican University and a BA in studies in religion from the University of Michigan. She is currently pursuing her PhD at Brandeis University's Heller School for Social Policy. When she's not working on finishing up her dissertation, she works as a trainer for the Center for Racial Justice in Education, the Human Root, and the New York Early Childhood Professional Development Institute, facilitating workshops for teachers on race, gender, and sexuality.

Past Word Up Virtual Story Times

The Cot in the Living Room (Hardcover)

I Wish You Knew (Hardcover)

If You Come to Earth (Hardcover)

The Death of Cupcake: A Child's Experience with Loss (Hardcover)

The Death of Cupcake: A Child's Experience with Loss (Paperback)