Heroplot: The Spear of Destiny (Paperback) 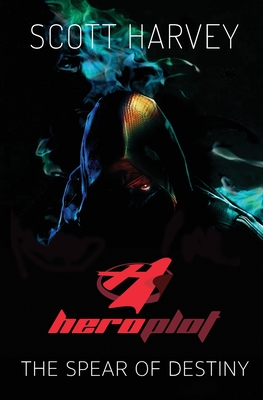 A young ambitious student succumbs to the temptations of promise. Rewards, however, are not without their price, and as the role that he is asked to play becomes increasingly clear, the willing apprentice finds himself dragged ever deeper into a dark underworld where only one can prevail. Friend against foe, apprentice against master, whoever succeeds will hold power the like of which has never been seen before.

Fortune will favour whoever is willing to force the hand of fate, but how long can hatred be held before vengeance can offer freedom? The world will soon discover and find no mercy as it gives rise to The Dawn of DomiNation.

In the darkness, hope remains. From the secret societies and hidden networks once formed in the shadows of this utopia, those aggrieved may still forge an invaluable alliance. For now, at least, the future resides in mortal hands, but a war is coming. A war in search of heroes, where loyalty may yet prove to be the greatest strength of all.

The Spear of Destiny is the first book in the all-new young adult science fiction series, HEROPLOT.

Starting in modern-day USA, Harvey leads us on a journey which is rich in character development and gripping dialogue as we follow the story of a young student called Edgar, whose lust for absolute power and control sees him betray those closest to him.

The plot thickens, as Harvey fills us with intrigue and a vision that can only be described as richly cinematic. For what seemingly begins as a teenager coming of age, thrust into the midst of a medical drama, quickly turns into a fast-paced and nail-biting psychological thriller. Edgar's career takes us further into the world of genetic-engineering, as his pursuit of power continues, and his adventure turns into a quite extraordinary political battle where nothing and no one is safe. Secrets come to light, and a mysterious ghost from his past returns to haunt his present, but is it already too late?

﻿A once utopian dream now stands on the threshold of a dystopian nightmare, where all who are innocent may bear witness to its downfall. Those who have wronged him may yet be forced to pay the ultimate price, but will those who have fallen stay fallen, or will The Spear of Destiny rise to decide the fate of us all?