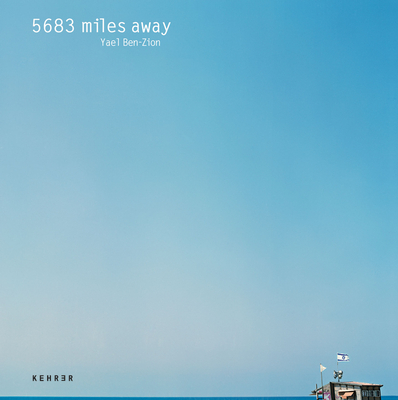 5,683 miles is the distance between Tel Aviv and New York. From this distance, Yael Ben-Zion has been looking back at her homeland for the last ten years, considering the meaning of "normal life" in this charged place. Ben-Zion has created nuanced and layered images that capture the texture of Israelis' day-to-day life.While personal and intimate in nature, the photographs allude to the complexity of the political climate in Israel.

Yael Ben-Zion's work has been exhibited in the United States and in Europe. This is her first monograph, released to coincide with a solo show at Milton J. Weill Gallery, New York.

Yael Ben-Zion was born in Minneapolis, MN in 1973 and raised in Israel. She is a graduate of the International Center of Photography's General Studies Program. Prior to taking up photography, Yael had a diverse legal career which included pursuing LL.M. and J.S.D. degrees at the Yale Law School. It was at Yale that she took her first formal photography class. Yael's work has been exhibited in the United States and in Europe. In 2007, her photograph Crash was selected for the cover of American Photography 23. She currently lives in New York. Joanna Lehan is a writer based in New York City. She is the editor of several books for Aperture Foundation, and formally organized exhibitions at the International Center of Photography, where she is currently teaching a class onphotojournalism and documentary practice.