Toxic Masculinity: The Misadventures of a Barrio Boy (Paperback) 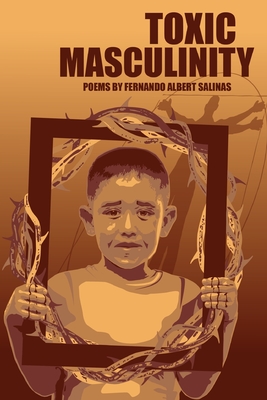 This book is a requiem. The original title of this book was The World Is a Barrio. The idea was to pay homage to the band, WAR. The song, "The World Is a Ghetto" inspired me to see the world differently. It encouraged me to see the world beyond the one I lived in. And, the world I was raised in was one of gangs, sex, drugs, violence, poverty, systemic/structural racism, education inequity, health disparity, food insecurity, patriotism, and death. A ghetto. A barrio. For whatever reason, so many in the world want to forget this world existed and still does. Some cancel-culture cancels culture. I used the title for my second novel instead.

Then, I wanted to title the book, The Pinche Pi ata. This title was a metaphor-a play on the expression, "Mi vida loca." It was the original title of my second novel. I shopped the manuscript back in 2011. No one was ready to publish a book that examined transgender identity development and gender dysphoria. No one wanted to watch a boy grow up in the barrio and survive his machismo family. Or, maybe it was because less than 10 percent of the fiction-authors published are people of color.

The meaning of the title, The Pinche Pi ata, was intended to describe how my life felt. I have been a pi ata. Life was the stick. That stick beat me again and again until I finally broke. And, that was when all the good stuff came pouring out-everyone ran up to take a piece. However, I felt uncomfortable cursing every time I told someone the title. It is not something I do very often. So, I called my daughter. She says, "Dad, your work is about the damage of being nurtured in an environment of toxic masculinity." She says, "How about, Toxic Masculinity?"

Another proud-dad moment. Of course . . . It was not life I survived, you survived, he survived, she survived, they survived, we survived. It was toxic masculinity. This book is a collection of poems based upon the lives of those that I have grieved, loved, feared, respected, and survived.