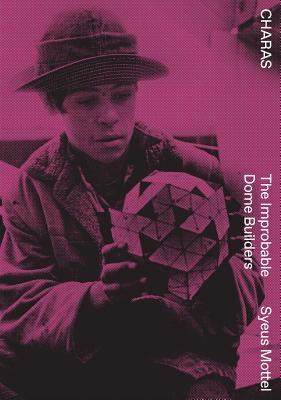 A story of the '70s: when six New York ex-gangsters met Buckminster Fuller and built a geodesic dome

In 1970 a meeting took place in an empty loft on the Lower East Side of Manhattan between R. Buckminster Fuller, the revolutionary architect and inventor of the geodesic dome, and six ex-gang members who called themselves "CHARAS." After a few hours, they found themselves having an earnest and important conversation, and the young men of CHARAS decided to begin implementing Bucky's ideas. They wanted to create a program that would develop a sense of community autonomy, reclaim public space and give their lives a newfound sense of purpose. Following a period of intensive study of solid geometry, spherical trigonometry and principles of dome building, all led by Michael Ben-Eli, CHARAS constructed a geodesic dome on a vacant lot in the shadow of the Manhattan Bridge.

Originally published in 1973 and now published in an expanded edition, Charas: The Improbable Dome Builders is an intimate portrait in pictures and words of these dynamic young men and their community. The first half chronicles the trials and tribulations of building the dome, their intensive training, search for funding, accidental fires, holiday potlucks and Bucky visiting to see their incredible work. The second half contains interviews with the members of CHARAS and their friends, sharing personal stories of their time on the streets, as gang leaders, drug addicts, serving time in prison and finding a new sense of self and community through the applied philosophies of Buckminster Fuller. This edition also includes a new interview with Michael Ben-Eli looking back on the project four decades later.