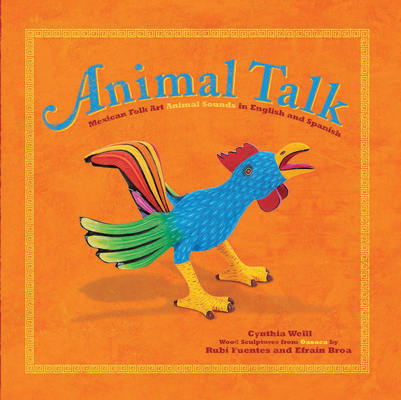 Did you know that animals that live in one country don't always talk the same language as animals from somewhere else? Take a rooster, for instance. In English-speaking countries, he says cock-a-doodle-doo when he has a notion to announce himself or to greet the dawn. But in Spanish-speaking countries, he says ki-kiri-ki. Emerging readers will delight in identifying the animals depicted on each new page. And the bilingual text invites parent and child into an interactive and playful reading experience for acting out animal sounds in English and Spanish.

Animal Talk is the fifth book in Cynthia Weill's charming First Concepts in Mexican Folk Art series. It is her passion to promote the work of artisans from around the world through early concept books.