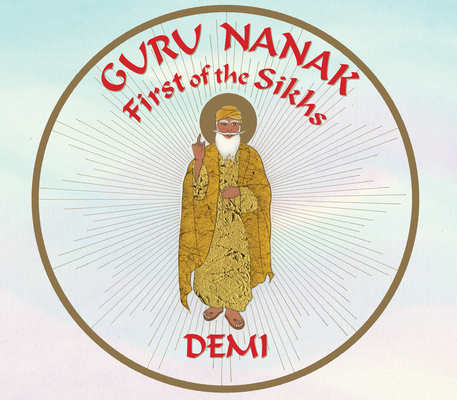 Guru Nanak (1469-1539), the founder of the Sikh religion, is the first in a line of ten enlightened gurus, or teachers, whose writings form the sacred scripture of Sikhism. Born into a humble Hindu family, Nanak was an extraordinary child who from a young age questioned the rituals of religion and the ways of the world around him. At the age of twenty-seven, he embarked on an inspired mission that took him from the sacred Himalayas in India, Nepal, and Tibet to the holy city of Mecca in Arabia. Throughout his twenty-five-year travels, Guru Nanak preached a message of one God, sincere worship, and of peace and equality for all. Today the Sikh religion numbers as many as 25 million followers worldwide and Guru Nanak is revered by Hindus and Muslims alike. Award-winning author, Demi, recounts his spiritual journey, showing how the essential teachings of Sikhism are expressed through Guru Nanak's remarkable life and in his poetry.

Demi is the award-winning author of over 130 bestselling children's books, including The Fantastic Adventures of Krishna, Shiva, Mahavira, Gifts of Our Lady of Guadalupe, and Talking to God. Her titles have sold over half a million copies. The Empty Pot was selected by former First Lady Barbara Bush in 1990 as one of the books to be read on the ABC Radio Network Program Mrs. Bush's Story Time, sponsored by the Children's Literacy Initiative. Demi's book Gandhi was named a New York Times Best Illustrated Book and received an Oppenheim Toy Portfolio Platinum Award. Major exhibitions of her work have been held in numerous museums in the U.S., including the Time/Life Gallery in New York, the Botolph Galleries in Boston and Cambridge, and the Los Angeles County Museum. Demi won a Fulbright Scholarship to India, and in addition she represented the U.S. at the First International Children's Book Conference in Beijing, China, in 1992. She lives with her husband in Yarrow Point, Washington State.