The Heart to Artemis: A Writer's Memoir (Paperback) 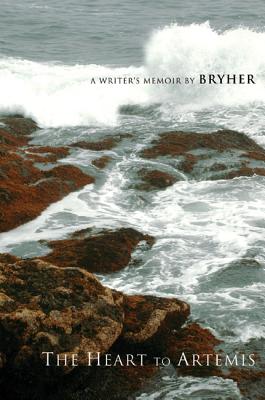 I love this memoir by Bryher—the most incredibly influential writer, editor, film producer, journal founder, rescuer of 100 psychoanalysis students and others from Nazi Germany, Left Bank lesbian you never heard of, lover of the imagist poet H.D., and WOW so much more! I recommend this alongside another of her memoirs, Days of Mars. But especially in The Heart to Artemis—her childhood was wow!

Out of Africa meets A Moveable Feast in this swashbuckling memoir of courage, literary passion, and adventure Bryher, adventurer, novelist, publisher flees Victorian Britain for the raucous streets of Cairo and the sultry Parisian cafes. Among the vibrancy of artists and writers in twenties and thirties Paris, London, and beyond, she develops relationships with Ernest Hemingway, Sigmund Freud, Gertrude Stein, Man Ray, Sylvia Beach, and many others. This compelling memoir reveals Bryher's unconventional childhood, her relationship with her longtime partner H.D., her impact on modernism, and her profound sense of social justice, helping over 100 people escape from the Nazis before fleeing her safe-house on Lake Geneva and returning to H.D. in London.

Bryher (1894-1983) wrote many critically acclaimed novels and memoirs during her lifetime. She was deeply involved in film, politics, and psychology. She funded Contact Editions, and edited Life and Letters To-day and the first English film journal, Close Up. She was the longtime companion of H.D., and a generous supporter of numerous writers, artists, psychoanalysts, and culture icons, including Marianne Moore, Sigmund Freud, Walter Benjamin, and Sylvia Beach of Shakespeare and Company.

Bryher’s reputation as a writer rests on her postwar historical novels, but this portrait of a tumultuous era shows her passionate involvement in the present.” THE NEW YORKER

A work so rich in interest, so direct, revealing, and, above all, thought-provoking that this reader found it the most consistently exciting book of its kind to appear in many years.” THE NEW YORK TIMES