You Can Crush the Flowers: A Visual Memoir of the Egyptian Revolution (Paperback) 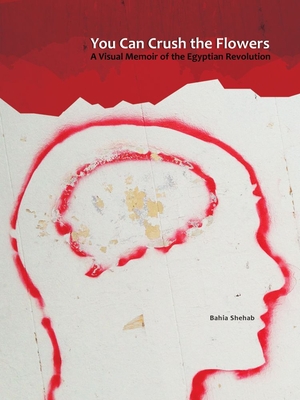 Part visual history, part memoir, You Can Crush the Flowers is a chronicle of the 2011 Egyptian Revolution and its aftermath, as it manifested itself not only in the art on the streets of Cairo but also through the wider visual culture that emerged during the revolution. Marking the ten-year anniversary of the revolution, celebrated Egyptian-Lebanese artist Bahia Shehab tells the stories that inspired both her own artwork and the work of her fellow revolutionaries. Shehab narrates the events of the revolution as they unfolded, describing on one hand the tactics deployed by the regime to drive protesters from the street—from the use of tear gas and snipers to brute force, intimidation techniques, and virginity tests—and on the other hand the retaliation by the protesters online and on the street in marches, chants, street art, and memes. Throughout this powerful and moving account, which includes over one hundred images, Shehab responds to all these aspects of the revolution as both artist and activist. The result bears witness to the brutality of the regime and pays tribute to the protestors who bravely defied it.

Bahia Shehab is a multidisciplinary artist, designer, art historian, and professor of design and founder of the graphic design program at the American University in Cairo. Her artwork has been displayed globally, and it was the subject of the 2015 documentary film “Nefertiti’s Daughters.” Her publications include A Thousand Times No: The Visual History of Lam-alif, At The Corner of a Dream, and A History of Arab Graphic Design.