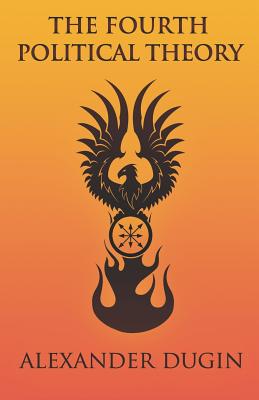 By Alexander Dugin, Alain Soral (Foreword by)
Not Available

All the political systems of the modern age have been the products of three distinct ideologies: the first, and oldest, is liberal democracy; the second is Marxism; and the third is fascism. The latter two have long since failed and passed out of the pages of history, and the first no longer operates as an ideology, but rather as something taken for granted. The world today finds itself on the brink of a post-political reality - one in which the values of liberalism are so deeply embedded that the average person is not aware that there is an ideology at work around him. As a result, liberalism is threatening to monopolise political discourse and drown the world in a universal sameness, destroying everything that makes the various cultures and peoples unique. According to Alexander Dugin, what is needed to break through this morass is a fourth ideology - one that will sift through the debris of the first three to look for elements that might be useful, but that remains innovative and unique in itself. Dugin does not offer a point-by-point program for this new theory, but rather outlines the parameters within which it might develop and the issues which it must address. Dugin foresees that the Fourth Political Theory will use the tools and concepts of modernity against itself, to bring about a return of cultural diversity against commercialisation, as well as the traditional worldview of all the peoples of the world - albeit within an entirely new context. Written by a scholar who is actively influencing the direction of Russian geopolitical strategy today, The Fourth Political Theory is an introduction to an idea that may well shape the course of the world's political future.

Alexander Dugin (b. 1962) is one of the best-known writers and political commentators in post-Soviet Russia. In addition to the many books he has authored on political, philosophical and spiritual topics, he currently serves on the staff of Moscow State University, and is the intellectual leader of the Eurasia Movement. For more than a decade, he has also been an advisor to Vladimir Putin and others in the Kremlin on geopolitical matters, being a vocal advocate of a return of Russian power to the global stage, to act as a counterweight to American domination.