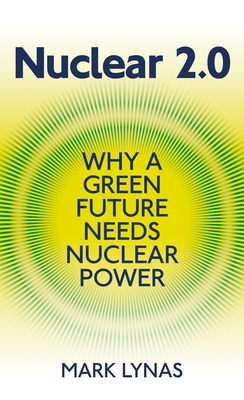 Everything you thought you knew about nuclear power is wrong. This is just as well, because nuclear energy is essential to avoid catastrophic global warming.

The latest energy statistics show that wind and solar power still contribute only about one per cent of global primary energy. So, while renewables will surely play an important part in our future energy strategy, expecting them to deliver all the world's power is dangerously delusional. Similarly, while energy saving has a key role to play in the developed world, there is no possibility of humanity as a whole using less energy while the developing world is extracting itself from poverty. And the fact is that the anti-nuclear movement of the 1970s and '80s has made the world more dependent on fossil fuels.

This book is a call for all those who want to see a low-carbon future to join forces and advocate a huge, Apollo-Program-scale investment in wind, solar and nuclear power.

Mark Lynas is an environmental writer and campaigner whose previous books have drawn attention to the perils of global warming. He is Vice-Chair of the World Economic Forum's Global Agenda Council on Emerging Technologies, a Visiting Research Associate at Oxford University's School of Geography and the Environment, and was Climate Advisor to the President of the Maldives from 2009 to 2011. He recently featured in the movie documentary Pandora's Promise, which inspired the writing of this book.