You Can Draw Comic Book Characters: A step-by-step guide for learning to draw more than 25 comic book characters (Just for Kids! #4) (Paperback) 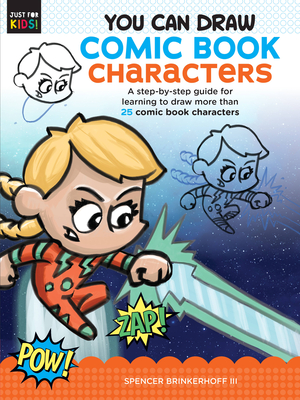 Spencer Brinkerhoff III started drawing and making art at an early age and has never stopped, completing a fine arts degree at Arizona State University and establishing a career as an artist. Spencer's professional work has included creating some of the horse sculptures for the PF Chang’s restaurants, animating an educational game for the World Health Organization, creating and starring in a video that won him Burt Reynolds’ Trans Am, and creating Star Wars art for Lucasfilm Ltd. In addition to working on these licensed projects, he has also created a glasses-less 3-D image platform called ShadowBox Comics, an in-camera special effect keychain called LightStickFX, and a drawing system called DrawingIsSimple. Spencer lives in the greater Phoenix area of Arizona.