Resistance Behind Bars: The Struggles of Incarcerated Women (Paperback) 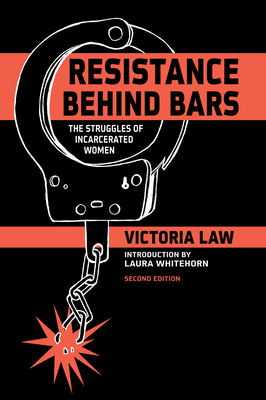 As it examines daily struggles against appalling prison conditions and injustices, this collection of real-life prisoners' stories and analysis of the prison landscape as it is today documents both collective organizing and individual resistance among women incarcerated in the United States. In 1974, women imprisoned at New York's maximum-security prison at Bedford Hills staged what is known as the August Rebellion. Protesting the brutal beating of a fellow prisoner, the women fought off guards, holding seven of them hostage, and took over sections of the prison. While many have heard of the 1971 Attica prison uprising, the August Rebellion remains relatively unknown even in activist circles. Resistance Behind Bars challenges and seeks to change such oversights. Emphasizing women's agency in resisting the conditions of their confinement through forming peer education groups, clandestinely arranging ways for children to visit mothers in distant prisons, and raising public awareness about their lives, the book will spark further discussion and research into the lives of incarcerated women and galvanize much-needed outside support for their struggles. This updated and revised edition includes a new chapter about transgender, transsexual, intersex, and gender-variant people in prison and the specific challenges that they face.

Victoria Law is a writer, photographer, and prisoner rights supporter. She helped initiate NYC Books Through Bars, a group that sends free books to prisoners nationwide, and she writes articles and gives public presentations about the needs of women in prison. Since 2002 she has worked with women incarcerated nationwide to produce Tenacious: Art and Writings from Women in Prison and has facilitated having incarcerated women’s writings published in larger publications. She is the coeditor of Don't Leave Your Friends Behind: Concrete Ways to Support Families in Social Justice Movements and Communities. Laura Whitehorn has been a political activist since the 1960s. She spent 14 years in prison for the Resistance Conspiracy case. Released in 1999, she is now a senior editor at POZ magazine. They both live in New York City.

"In Resistance Behind Bars, Law uses comprehensive legal and social analysis, as well as the voices of incarcerated women themselves, to lay bare the racism and sexism that characterize the criminal justice system in general and women's incarceration specifically."  —Bitch magazine

"By raising up their voices and stories, and by honoring their struggles, this book makes an important contribution to the growing movement to end prisons as we know them."  —Michelle Alexander, civil rights lawyer and advocate

"Resistance Behind Bars refuses to let women prisoners remain unseen and unheard. Instead, it encourages us to think deeply and critically about our own responsibility to redesign a social landscape on which coercion and confinement . . . will eventually fade away."  —Affilia: Journal of Women and Social Work

"Victoria Law's body of work supports this sense that mothers in prison are not merely victims of an unjust, greedy prison system that violates their human rights, but are also organizers, activists, and artists using mothering as an energy that transforms their lives and their conditions."  —make/shift magazine

"Too often we hear accounts of the atrocities that take place behind prison walls without also hearing about the acts of resistance that inevitably accompany them. Victoria Law's important book illuminates these under reported stories of individual and collective organizing by women in prison and encourages all of us to work in solidarity across prison walls to create a world that no longer includes the prison industrial complex."  —Angela Y. Davis, author, Abolition Democracy

"Repression tries not only to crush but to quiet. But as Vikki Law shows in this multifaceted book, all that is unseen is not absent. Guided by years of anti-prison organizing and a palpable feminist practice, Law documents the many ways women challenge the twin forces of prison and patriarchy, each trying to render women invisible. In the face of attempts at erasure, women prisoners resist to survive and survive to resist. We would do well to pay attention."  —Dan Berger, author, Outlaws of America: The Weather Underground and the Politics of Solidarity

"Law's empathy for the women she documents and her distrust of the penal system bursts from every page. Her focus here is not on individual crimes, but the system itself: its history, structure, and the prisoners' struggle to serve their time in safe, humane conditions." —Publishers Weekly (January 26, 2013)

"Law’s accounts of women prisoners taking action are so inspirational that you will never be the same after reading them." — Earth First Newswire