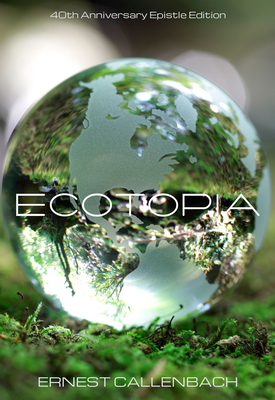 Twenty years have passed since Northern California, Oregon, and Washington seceded from the United States to create a new nation, Ecotopia. Rumors abound of barbaric war games, tree worship, revolutionary politics, sexual extravagance. Now, this mysterious country admits its first American visitor: investigative reporter Will Weston, whose dispatches alternate between shock and admiration. But Ecotopia gradually unravels everything Weston knows to be true about government and human nature itself, forcing him to choose between two competing views of civilization.

Since it was first published in 1975, Ecotopia has inspired readers throughout the world with its vision of an ecologically and socially sustainable future. This fortieth-anniversary edition includes Ernest Callenbach's final essay, "An Epistle to the Ecotopians," and a new foreword by Callenbach's close friend and publisher, Malcolm Margolin.