Racism and the Class Struggle: The Meaning of Black Revolt in the United States (Paperback) 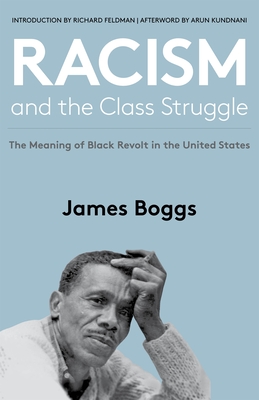 Having just written his groundbreaking book, The American Revolution, Detroit autoworker James Boggs sat down in the early 1960s to continue his study of revolution. Boggs looked at the Black Power uprisings then beginning in the United States within the global context of the overthrow of rightwing puppet regimes in Asia, Africa, and Latin America. In Racism and the Class Struggle, Boggs produced thirteen powerful and prescient chapters that wrestled with topics such as the specific character of American capitalism and its intricate relationship to American democracy, the historic mission of the Black revolution in the United States, and the need for the 1960s Black movement to develop theoretically and organizationally. Boggs also hailed the coming of what was at the time the new slogan of the "Black revolution" with a momentous essay called "Black Power: A Scientific Concept Whose Time Has Come." In other essays, he hammered at his theme of a "second civil war" and Black control of the cities. With conflicting U.S. forces so sharply polarized, wrote Boggs, "No one can predict when or whether a revolution will succeed, but we do know that ... there is no turning back until one or the other side is defeated." Today, amid the metastasizing manifestations of "white power," Racism and the Class Struggle is stunningly pertinent to people of all races who, in the struggle against Empire and white supremacy, will not turn back.

James Boggs (1919-1993) was an African American auto worker and radical activist raised in rural Alabama. His books include The American Revolution: Pages from a Negro Worker's Notebook and Revolution and Evolution in the Twentieth Century (with Grace Lee Boggs), both published by Monthly Review Press.