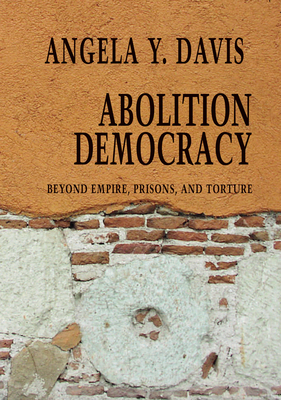 Revelations about U.S policies and practices of torture and abuse have captured headlines ever since the breaking of the Abu Ghraib prison story in April 2004. Since then, a debate has raged regarding what is and what is not acceptable behavior for the world’s leading democracy. It is within this context that Angela Davis, one of America’s most remarkable political figures, gave a series of interviews to discuss resistance and law, institutional sexual coercion, politics and prison. Davis talks about her own incarceration, as well as her experiences as "enemy of the state," and about having been put on the FBI’s "most wanted" list. She talks about the crucial role that international activism played in her case and the case of many other political prisoners.
Throughout these interviews, Davis returns to her critique of a democracy that has been compromised by its racist origins and institutions. Discussing the most recent disclosures about the disavowed "chain of command," and the formal reports by the Red Cross and Human Rights Watch denouncing U.S. violation of human rights and the laws of war in Guantánamo, Afghanistan and Iraq, Davis focuses on the underpinnings of prison regimes in the United States.

Over the last forty-odd years, ANGELA YVONNE DAVIS has been active in numerous organizations challenging prison-related repression. Born in Birmingham, Alabama in 1944, Davis studied at Brandeis University, the Sorbonne, and with Herbert Marcuse at the Goethe Institute. Her advocacy on behalf of political prisoners, and her alleged connection to the Marin County courthouse incident, led to three capital charges, sixteen months in jail awaiting trial, and a highly publicized acquittal in 1972. In 1998, Davis was one of the twenty-five organizers of the historic Berkeley, California conference “Critical Resistance: Beyond the Prison Industrial Complex.” She is the author of many books, including Are Prisons Obsolete? and The Meaning of Freedom. She currently teaches in the History of Consciousness Department at the University of California, Santa Cruz.

"The Afro that blossomed around her face in the '70s has morphed into a contemporary natural, its sandy-colored hair flecked with gray. But there is no mistaking the consistency of her message, a pursuit of justice for those she believes are victimized by governmental policies and structures." —Newsday