Moby-Dick; or, The Whale (Paperback) 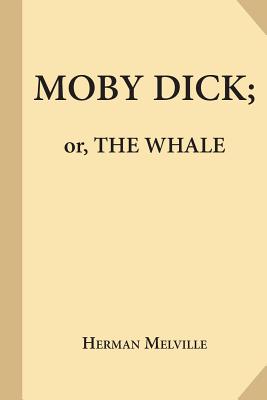 Originally published in 1851, Moby-Dick; or, The Whale is a novel by American writer Herman Melville during the period of the American Renaissance. Sailor Ishmael tells the story of the obsessive quest of Ahab, captain of the whaler the Pequod, for revenge on Moby Dick, the white whale that on the previous whaling voyage bit off Ahab's leg at the knee.

Herman Melville (August 1, 1819 - September 28, 1891) was an American novelist, short story writer, and poet of the American Renaissance period. His best known works include Typee (1846), a romantic account of his experiences in Polynesian life, and his whaling novel Moby-Dick (1851). His work was almost forgotten during his last thirty years. His writing draws on his experience at sea as a common sailor, exploration of literature and philosophy, and engagement in the contradictions of American society in a period of rapid change. He developed a complex, baroque style: the vocabulary is rich and original, a strong sense of rhythm infuses the elaborate sentences, the imagery is often mystical or ironic, and the abundance of allusion extends to Scripture, myth, philosophy, literature, and the visual arts.