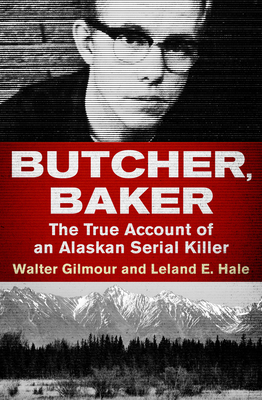 As oil-boom money poured into Anchorage, Alaska the city quickly became a prime destination for the seedier elements of society: prostitutes, pimps, con men, and criminals of all breeds looking to cash in. However, something even worse lurked in their midst.

To all who knew him, Robert Hansen was a typical hardworking businessman, husband, and father. But hidden beneath the veneer of mild respectability was a monster whose depraved appetites could not be sated. From 1971 to 1983, Hansen was a human predator, stalking women on the edges of Anchorage society--women whose disappearances would cause scant outcry, but whose gruesome fates would shock the nation. After his arrest, Hansen confessed to seventeen brutal murders, though authorities suspect there were more than thirty victims.

Alaska State Trooper Walter Gilmour and writer Leland E. Hale tell the story of Hansen's twisted depredations--from the dark urges that drove his madness to the women who died at his hand and finally to the authorities who captured and convicted the killer who came to be known as the "Butcher Baker.

Walter Gilmour (1942-2016) was an Alaska State Trooper and coauthor, with Leland E. Hale, of the true crime book Butcher, Baker. Gilmour worked as a police officer in Ketchikan, Alaska, before beginning a twenty-three-year career as a state trooper. He later served as a colonel in the Alaska State Defense Force. As a major in the State Troopers, Gilmour was instrumental in the search for serial killer Robert Hansen, the subject of Butcher, Baker, which was adapted into the 2013 film The Frozen Ground. Leland E. Hale is the author of the novel Huck Finn Is Dead and, with coauthor Walter Gilmour, the true crime book Butcher, Baker. The story of Alaska serial killer Robert Hansen, Butcher, Baker inspired the 2013 film The Frozen Ground. Hale has also worked in the energy, aerospace, and software industries. He lives in Washington State.