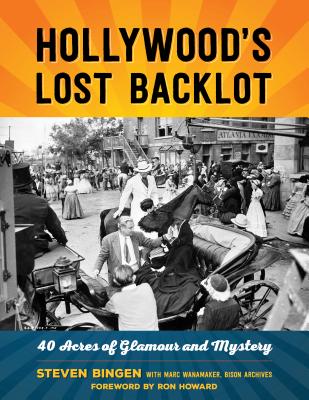 Hollywood is a transitory place. Stars and studios rise and fall. Genres and careers wax and wane. Movies and movie moguls and movie makers and movie palaces are acclaimed and patronized and loved and beloved, and then forgotten. And yet... And yet one place in Southern California, built in the 1920s by (allegedly murdered) producer Thomas Ince, acquired by Cecil B. DeMille, now occupied by Amazon.com, has been the home for hundreds of the most iconic and legendary films and television shows in the world for a remarkable and star-studded fifty years. This bizarre, magical place was the location for Tara in Gone with The Wind, the home of King Kong and Superman, of Tarzan and Batman, of the Green Hornet, of Elliot Ness, of Barney Fife, of Tarzan, of Rebecca, of Citizen Kane, of Hogan's Heroes and Gomer Pyle, of Lasse, of A Star is Born and Star Trek, and at least twice, of Jesus Christ. For decades, every conceivable star in Hollywood, from Clark Gable to Warren Beatty, worked and loved and gave indelible performances on the site. And yet, today, it is completely forgotten. Pretty much anyone alive today, from college professors to longshoremen, have probably heard of Paramount and of MGM, of Warner Bros. and of Universal, and of Disney and Fox and Columbia, but the place where many of these studio's beloved classics were minted is today as mysterious and unknowable as the sphinx. Hollywood's Lost Backlot: 40 Acres of Glamour and Mystery will, for the first time ever, unwind the colorful and convoluted threads that make for the tale of one of the most influential and photographed places in the world. A place which most have visited, at least on screen, and which has contributed significantly and unexpectedly to the world's popular culture, and yet which few people today, paradoxically, have ever heard of.