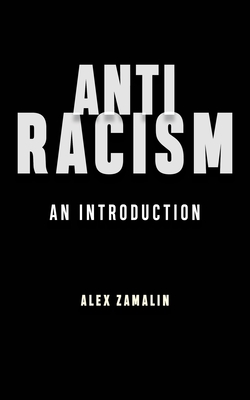 An introduction to antiracism, a powerful tradition crucial for energizing American democracy

On August 12, 2017, in Charlottesville, Virginia, a rally of white nationalists and white supremacists culminated in the death of a woman murdered in the street. Those events made clear that racism is alive and well in the United States of America. However, they also brought into sharp relief another American tradition: antiracism. While racists marched and chanted in the streets, they were met and matched by even larger numbers of protesters calling for racism's end. Racism is America's original and most enduring sin, with well-known historic and contemporary markers: slavery, lynching, Jim Crow, redlining, mass incarceration, police brutality. But racism has always been challenged by an opposing political theory and practice. Alex Zamalin's Antiracism tells the story of that opposition. The most theoretically generative and politically valuable source of antiracist thought has been the black American intellectual tradition. While other forms of racial oppression--for example, anti-Semitism, Islamophobia, and anti-Latino racism--have been and continue to be present in American life, antiblack racism has always been the primary focus of American antiracist movements. From antislavery abolition to the antilynching movement, black socialism to feminism, the long Civil Rights movement to the contemporary Movement for Black Lives, Antiracism examines the way the black antiracist tradition has thought about domination, exclusion, and power, as well as freedom, equality, justice, struggle, and political hope in dark times. Antiracism is an accessible introduction to the political theory of black American antiracism, through a study of the major figures, texts, and political movements across US history. Zamalin argues that antiracism is a powerful tradition that is crucial for energizing American democracy.