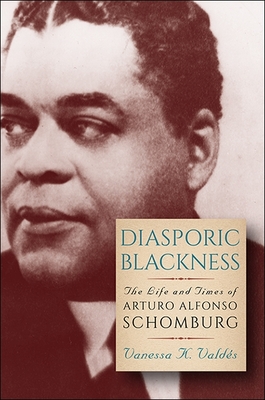 A Black Puerto Rican-born scholar, Arturo Alfonso Schomburg (1874-1938) was a well-known collector and archivist whose personal library was the basis of the Schomburg Center for Research in Black Culture at the New York Public Library. He was an autodidact who matched wits with university-educated men and women, as well as a prominent Freemason, a writer, and an institution-builder. While he spent much of his life in New York City, Schomburg was intimately involved in the cause of Cuban and Puerto Rican independence. In the aftermath of the Spanish-Cuban-American War of 1898, he would go on to cofound the Negro Society for Historical Research and lead the American Negro Academy, all the while collecting and assembling books, prints, pamphlets, articles, and other ephemera produced by Black men and women from across the Americas and Europe. His curated library collection at the New York Public Library emphasized the presence of African peoples and their descendants throughout the Americas and would serve as an indispensable resource for the luminaries of the Harlem Renaissance, including Langston Hughes and Zora Neale Hurston. By offering a sustained look at the life of one of the most important figures of early twentieth-century New York City, this first book-length examination of Schomburg's life as an Afro-Latino suggests new ways of understanding the intersections of both Blackness and latinidad.