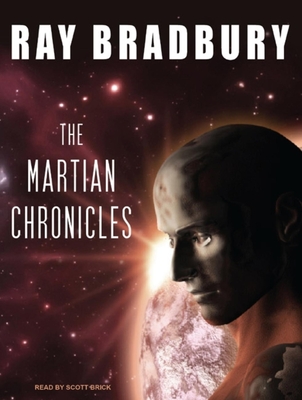 By Ray Bradbury, Scott Brick (Narrated by)
Not Available
Out of Print

Ray Bradbury is a storyteller without peer, a poet of the possible, and, indisputably, one of America's most beloved authors. In a much-celebrated literary career that has spanned six decades, he has produced an astonishing body of work: unforgettable novels, essays, theatrical works, screenplays and teleplays, and numerous superb short story collections. But of all the dazzling stars in the vast Bradbury universe, none shines more luminously than these masterful chronicles of Earth's settlement of the fourth world from the sun. Bradbury's Mars is a place of hope, dreams, and metaphor-of crystal pillars and fossil seas-where a fine dust settles on the great empty cities of a silently destroyed civilization. It is here the invaders have come to despoil and commercialize, to grow and to learn-first a trickle, then a torrent, rushing from a world with no future toward a promise of tomorrow. The Earthman conquers Mars...and then is conquered by it, lulled by dangerous lies of comfort and familiarity, and enchanted by the lingering glamour of an ancient, mysterious native race. Bradbury's The Martian Chronicles is a classic work of twentieth-century literature whose extraordinary power and imagination remain undimmed by time's passage. In connected, chronological stories, a true grandmaster once again enthralls, delights, and challenges us with his vision and his heart-starkly and stunningly exposing in brilliant spacelight our strength, our weakness, our folly, and our poignant humanity on a strange and breathtaking world where humanity does not belong. The twenty-seven stories contained in The Martian Chronicles are "Rocket Summer," "Ylla," "The Summer Night," "The Earth Men," "The Taxpayer," "The Third Expedition," "-And the Moon Be Still as Bright," "The Settlers," "The Green Morning," "The Locusts," "Night Meeting," "The Shore," "The Fire Balloons," "Interim," "The Musicians," "The Wilderness," "The Naming of Names," "Usher II," "The Old Ones," "The Martian," "The Luggage Store," "The Off Season," "The Watchers," "The Silent Towns," "The Long Years," "There Will Come Soft Rains," and "The Million-Year Picnic.

Ray Bradbury (1920-2012) was an American novelist, short story writer, essayist, playwright, screenwriter, and poet. Among his best-known works are "The Martian Chronicles," "The Illustrated Man," and "Fahrenheit 451."

Scott Brick has recorded over five hundred audiobooks, has won over forty "AudioFile" Earphones Awards, and has twice received Audie Awards for his work on the Dune series. He has been proclaimed a Golden Voice by "AudioFile" magazine as well as "Publishers Weekly"'s 2007 Narrator of the Year.