Finding Your Force: A Journey to Love (Paperback) 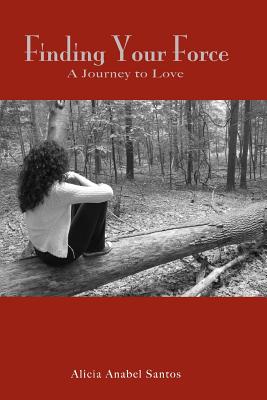 Finding Your Force is a memoir written in the form of a love letter to a daughter. In this intimate conversation we journey into the darkest parts of Alicia's soul. We walk with her as she digs deep underneath the ruins where all her secrets are kept. Santos is being called on an excavation to stop running and face those moments that have transformed her from surviving rape, healing through loss and coming out as a lesbian. This is a journey about life, death and rebirth. Alicia tells her daughter a story that is raw and heart wrenching. It is not a love story but definitely a story of love.

Alicia Anabel Santos is a Latina Writer, Producer and Playwright. She is a New York-born Dominican who is passionate about writing works that empower and inspire women to find their voices. Currently, she is completing her historical fiction novel titled The Daughters of the Revolution. Her one-woman show I WAS BORN was recently selected as part of the ONE Festival debuting in NYC. She is the Founder of the New York City Latina Writers Group, of which there are over 200 members. Alicia has worked for renowned magazines BusinessWeek, Glamour and Domino, but it was an article published in Urban Latino Magazine, "Two Cultures Marching to One Drum," that would change the direction of her life. In 2008, Alicia joined Creador Pictures as Writer /Co-Producer of its first documentary, "AfroLatinos: La Historia Que Nunca Nos Contaron." partnering with Renzo Devia, on a project that will change the way the world sees color and race relations in Latin America, Alicia lives in Harlem, NYC with her daughter Courtniana. She works as a freelance writer and activist against sexual and physical abuse towards women and children. She attended New York University and Rhode Island College.