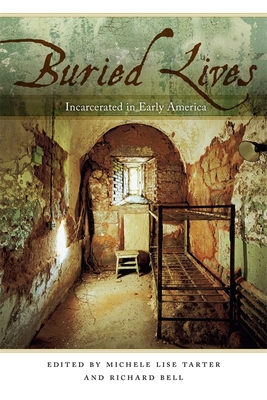 Buried Lives offers the first critical examination of the experience of imprisonment in early America. These interdisciplinary essays investigate several carceral institutions to show how confinement shaped identity, politics, and the social imaginary both in the colonies and in the new nation. The historians and literary scholars included in this volume offer a complement and corrective to conventional understandings of incarceration that privilege the intentions of those in power over the experiences of prisoners.

Considering such varied settings as jails, penitentiaries, almshouses, workhouses, floating prison ships, and plantations, the contributors reconstruct the struggles of people imprisoned in locations from Antigua to Boston. The essays draw upon a rich array of archival sources from the seventeenth century to the eve of the Civil War, including warden logs, petitions, execution sermons, physicians' clinical notes, private letters, newspaper articles, runaway slave advertisements, and legal documents. Through the voices, bodies, and texts of the incarcerated, Buried Lives reveals the largely ignored experiences of inmates who contested their subjection to regimes of power.

Michele Lise Tarter (Editor) MICHELE LISE TARTER is an associate professor of English at the College of New Jersey. She is coeditor of A Centre of Wonders: The Body in Early America. Richard Bell (Editor) Richard Bell is an assistant professor of history at the University of Maryland, College Park. He is the author of We Shall Be No More: Suicide and Self-Government in the Newly United States.