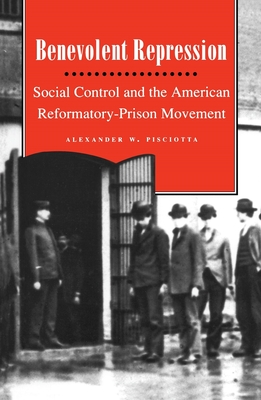 "Provocative and insightful. . . . With the publication of this excellent work, Pisciotta has established himself as one of the most important of the prison historians to whom we should listen in the future." -The Criminologist "Benevolent Repression fills a maor gap in our histories of U.S. prisons-disregard for the network of men's reformatories. It seems incredible that, until now, historians neglected such a large and influential branch of the prison system. Pisciotta more than makes up for the lapse, however, with this informative and valuable study." -Nicole Rafter Author of Partial Justice: Women, Prisons and Social Control "Pisciotta's study is a major contribution to the history of crime and punishment in America. His extensive research on the origins and development of reformatories challenges the accepted interpretation that these institutions had a reformative influence on the corrections system. This work sets the stage for a revised understanding of the institutionalization movement in uvenile corrections." -John A. Conley Professor and Chair of Criminal Justice State University College at Buffalo The opening, in 1876, of the Elmira Reformatory marked the birth of the American adult reformatory movement and the introduction of a new approach to crime and the treatment of criminals. Hailed as a reform panacea and the humane solution to America's ongoing crisis of crime and social disorder, Elmira sparked an ideological revolution. Repression and punishment were supposedly out. Academic and vocational education, military drill, indeterminate sentencing and parole-"benevolent reform"-were now considered instrumental to instilling in prisoners a respect for God, law, and capitalism. Not so, says Al Pisciotta, in this highly original, startling, and revealing work. Drawing upon previously unexamined sources from over a half-dozen states and a decade of research, Pisciotta explodes the myth that Elmira and other institutions of "the new penology" represented a significant advance in the treatment of criminals and youthful offenders. The much-touted programs failed to achieve their goals; instead, prisoners, under Superintendent Zebulon Brockway, considered the Father of American Corrections, were whipped with rubber hoses and two-foot leather straps, restricted to bread and water in dark dungeons during months of solitary confinement, and brutally subjected to a wide range of other draconian psychological and physical abuses intended to pound them into submission. Escapes, riots, violence, drugs, suicide, arson, and rape were the order of the day in these prisons, hardly conducive to the transformation of "dangerous criminal classes into Christian gentleman," as was claimed. Reflecting the racism and sexism in the social order in general, the new penology also legitimized the repression of the lower classes. Highlighting the disparity between promise and practice in America's prisons, Pisciotta draws on seven inmate case histories to illustrate convincingly that the "March of Progress" was nothing more than a reversion to the ways of old. In short, the adult reformatory movement promised benevolent reform but delivered benevolent repression-a pattern that continues to this day. A vital contribution to the history of crime, corrections, and criminal justice, this book will also have a major impact on our thinking about contemporary corrections and issues surrounding crime, punishment, and social control. -------------------------------------------------------------------------------- Alexander W. Pisciotta is Professor in the Department of Criminal Justice and Social Welfare at Kutztown University.