The Future of Whiteness (Paperback) 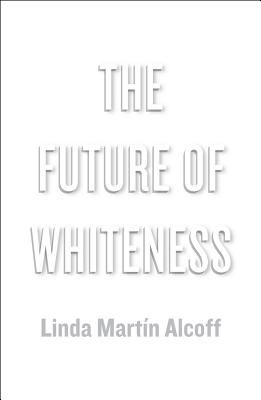 By Alcoff
Not Available
Backordered

White identity is in ferment. White, European Americans living in the United States will soon share an unprecedented experience of slipping below 50% of the population. The impending demographic shifts are already felt in most urban centers and the effect is a national backlash of hyper-mobilized political, and sometimes violent, activism with a stated aim that is simultaneously vague and deadly clear: 'to take our country back.' Meanwhile the spectre of 'minority status' draws closer, and the material advantages of being born white are eroding.

This is the political and cultural reality tackled by Linda Mart n Alcoff in The Future of Whiteness. She argues that whiteness is here to stay, at least for a while, but that half of whites have given up on ideas of white supremacy, and the shared public, material culture is more integrated than ever. More and more, whites are becoming aware of how they appear to non-whites, both at home and abroad, and this is having profound effects on white identity in North America. The young generation of whites today, as well as all those who follow, will have never known a country in which they could take white identity as the unchallenged default that dominates the political, economic and cultural leadership. Change is on the horizon, and the most important battleground is among white people themselves.

The Future of Whiteness makes no predictions but astutely analyzes the present reaction and evaluates the current signs of turmoil. Beautifully written and cogently argued, the book looks set to spark debate in the field and to illuminate an important area of racial politics.

Linda Martin Alcoff is Professor of Philosophy at Hunter College