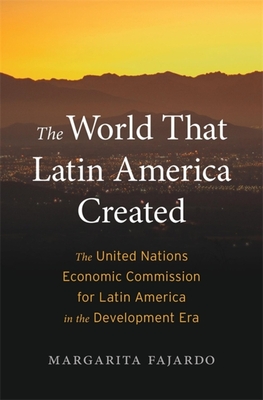 By Margarita Fajardo
Not Available

How a group of intellectuals and policymakers transformed development economics and gave Latin America a new position in the world.

After the Second World War demolished the old order, a group of economists and policymakers from across Latin America imagined a new global economy and launched an intellectual movement that would eventually capture the world. They charged that the systems of trade and finance that bound the world's nations together were frustrating the economic prospects of Latin America and other regions of the world. Through the UN Economic Commission for Latin America, or CEPAL, the Spanish and Portuguese acronym, cepalinos challenged the orthodoxies of development theory and policy. Simultaneously, they demanded more not less trade, more not less aid, and offered a development agenda to transform both the developed and the developing world. Eventually, cepalinos established their own form of hegemony, outpacing the United States and the International Monetary Fund as the agenda setters for a region traditionally held under the orbit of Washington and its institutions. By doing so, cepalinos reshaped both regional and international governance and set an intellectual agenda that still resonates today. Drawing on unexplored sources from the Americas and Europe, Margarita Fajardo retells the history of dependency theory, revealing the diversity of an often-oversimplified movement and the fraught relationship between cepalinos, their dependentista critics, and the regional and global Left. By examining the political ventures of dependentistas and cepalinos, The World That Latin America Created is a story of ideas that brought about real change.