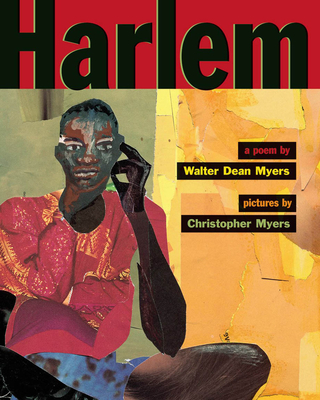 "The two Myerses - author and artist, father and son - celebrate Harlem in different complementary ways; the author, in his poetic text, offers the city as a symbol of African American aspiration and predominantly music-based culture; the artist sees a concrete city composed of "colors loud enough to be heard.
. . . Harlem as a visual experience that YAs will return to again and again, to admire and wonder at what is realized with truly extraordinary grace and power by this young artist of such wonderful promise." - Booklist *starred review

"A visually striking, oversized picture book.
. . . this is an arresting and heartfelt tribute to a well-known, but little understood community." - School Library Journal

"This is one of those rare pairings of words and images in which each gains from the other, resulting in a fine, balanced collaboration." - Bulletin of the Center for Children's Books