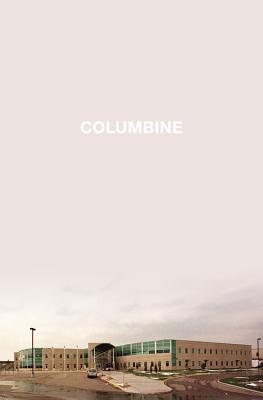 “Every once in a rare while a book arrives to bear witness, and such is the case with Columbine. This definitive account of the Colorado high school tragedy will not only surpass all others, it will endure and take a rightful place on the shelf along side Truman Capote's In Cold Blood and Norman Mailer's The Executioner's Song.”
— Bill Cusumano, Nicola's Books, Ann Arbor, MI

Ten years in the works, a masterpiece of reportage, this is the definitive account of the Columbine massacre, its aftermath, and its significance, from the acclaimed journalist who followed the story from the outset.
"The tragedies keep coming. As we reel from the latest horror . . ."

So begins a new epilogue, illustrating how Columbine became the template for nearly two decades of "spectacle murders." It is a false script, seized upon by a generation of new killers. In the wake of Newtown, Aurora, and Virginia Tech, the imperative to understand the crime that sparked this plague grows more urgent every year.

What really happened April 20, 1999? The horror left an indelible stamp on the American psyche, but most of what we "know" is wrong. It wasn't about jocks, Goths, or the Trench Coat Mafia. Dave Cullen was one of the first reporters on scene, and spent ten years on this book-widely recognized as the definitive account. With a keen investigative eye and psychological acumen, he draws on mountains of evidence, insight from the world's leading forensic psychologists, and the killers' own words and drawings-several reproduced in a new appendix. Cullen paints raw portraits of two polar opposite killers. They contrast starkly with the flashes of resilience and redemption among the survivors.

Expanded with a New Epilogue

Dave Cullen is a journalist and author who has contributed to Slate, Salon, and the New York Times. He is considered the nation's foremost authority on the Columbine killers, and has also written extensively on Evangelical Christians, gays in the military, politics, and pop culture. A graduate of the MFA program at the University of Boulder, Cullen has won several writing awards, including a GLAAD Media Award, Society of Professional Journalism awards, and several Best of Salon citations.

"Salon magazine's Dave Cullen has been on top of the Columbine story from the start... We don't like our evil to be banal. Ten years after Columbine, it only now may be sinking in that the psychopathic killers were not jock-hating dorks from a 'Trench Coat Mafia,' or, as ABC News maintained at the time, 'part of a dark, underground national phenomenon known as the Gothic movement.' In the new bestseller COLUMBINE, the journalist Dave Cullen reaffirms that Dylan Klebold and Eric Harris were instead ordinary American teenagers who worked at the local pizza joint, loved their parents and were popular among their classmates."—Frank Rich, The New York Times

"Dave Cullen is the Dante of this high school hell. I came away from it thinking of Jack Nicholson hollering 'You want the truth? You can't handle the truth!' Read this quietly powerful account of Columbine and find out if you can."—Ron Rosenbaum, author of Explaining Hitler and The Shakespeare Wars

"Half the anguish of Columbine is our mystification. How did those boys get so twisted, so murderous? Now, after nine years of great reporting, Dave Cullen has done the impossible: you will know these killers -- and it will shake you up. This is a big-time work that will endure."

—Richard Ben Cramer, author of Joe DiMaggio and What It Takes

"In this remarkable account of the April 20, 1999, Columbine High School shooting, journalist Cullen not only dispels several of the prevailing myths about the event but tackles the hardest question of all: why did it happen? Drawing on extensive interviews, police reports and his own reporting, Cullen meticulously pieces together what happened when 18-year-old Eric Harris and 17-year-old Dylan Klebold killed 13 people before turning their guns on themselves.... Cullen expertly balances the psychological analysis-enhanced by several of the nation's leading experts on psychopathology-with an examination of the shooting's effects on survivors, victims' families and the Columbine community. Readers will come away from Cullen's unflinching account with a deeper understanding of what drove these boys to kill, even if the answers aren't easy to stomach."—Publishers Weekly, Starred Reivew

"Comprehensive...It's a book that hits you like a crime scene photo, a reminder of what journalism at its best is all about. Cullen knows his material from the inside; he covered Columbine, for Salon and Slate primarily, 'beginning around noon on the day of the attack.' But if this gives him a certain purchase on the story, his perspective is what resonates."—LA Times

"Cullen's book is a nerve-wracking, methodical and panoramic account...COLUMBINE has its terrifying sections, particularly during Cullen's minute-by-minute rendering of the chaotic 49-minute assault. He puts us inside and outside the building, and he captures the disbelief viewers experienced in 'almost witnessing mass murder' live on television."—Cleveland Plain Dealer

"A chilling page-turner, a striking accomplishment given that Cullen's likely readers almost certainly know how the tragic story ends...I knew Cullen was a dogged reporter and a terrific writer, but even I was blown away by the pacing and story-telling he mastered in Columbine, a disturbing, inspiring work of art."—Salon

"The definitive account, [of the tragedy] will likely be Dave Cullen's COLUMBINE, a nonfiction book that has the pacing of an action movie and the complexity of a Shakespearean drama . . . Cullen has a gift, if that's the right word, for excruciating detail. At times the language is so vivid you can almost smell the gunpowder and the fear."—Newsweek

"COLUMBINE is an excellent work of media criticism, showing how legends become truths through continual citation; a sensitive guide to the patterns of public grief, foreshadowing many of the reactions to Sept. 11 (lawsuits, arguments about the memorial, voyeuristic bus tours); and, at the end of the day, a fine example of old fashioned journalism . . . moving things along with agility and grace."—Jennifer Senior, The New York Times Review of Books

While the details of the day are indeed gruesome, Cullen neither embellishes nor sensationalizes. His unadorned prose and staccato sections offer welcome relief from the grisly minutiae... Cullen's honor and reporting skills propel this book beyond tabloid and into true literature."—Newsday

From the very first page, I could not put COLUMBINE Dave Cullen's searing narrative, down. Dylan ... How the killings unfolded, and why, reads like the grisliest of fiction. Would that it were not true. Grade: A"—Entertainment Weekly

"A remarkable book. It is painstakingly reported, well-organized and compellingly written . . . For any reader who wants to understand the complicated nature of evil, this book is a masterpiece."—The Seattle Times

"Leveraged for political ends by Michael Moore on film and adopted for convenience by the news media as shorthand for teenage violence, Columbine has begun to feel as impenetrable and allegorical as Greek myth. So the intensive reporting of Denver-based journalist Dave Cullen is welcome. . . Cullen creates more than a nuanced portrait of school shooters as young men. He writes a human story - a compassionate narrative of teenagers with guns (and bombs, too), and the havoc they wreak on a school, a community, and America.—Esquire

"Exhaustive and supremely level-headed . . . The ways in which the Columbine story became distorted in the retelling make for one of the most fascinating aspects of Cullen's book . . . Hopping back and forth in time, Cullen manages to tell this complicated story with remarkable clarity and coherence. As one of the first reporters on the scene in 1999, he has been studying this event firsthand for a decade, and his book exudes a sense of authority missing from much of the original media coverage. ...Cullen strikes just the right tone of tough-minded compassion, for the most part steering clear of melodrama, sermonizing and easy answers."—Gary Krist, Washington Post

COLUMBINE is a remarkable achievement. Cullen has brought illumination to a dark and difficult topic, and the result is an example of literary nonfiction at its finest: masterful, clear-eyed, bold - and unforgettable."—Charlotte Observer

"A staggering achievement, ...Rather than burden the deftly written prose with excessive footnotes, Cullen wisely includes a detailed timeline, bibliography and lengthy notes in the back of the book. The 417-page COLUMBINE tears open old wounds but does so with an aching, unflinching clarity that's only possible with hindsight . . . admirable, harrowing work . . . one of the finer nonfiction efforts thus far in 2009."—Fort Worth Star-Telegram

"While tackling popular misconceptions, Cullen gives a riveting account of what happened that day and how the survivors view the event that marked their lives forever."—CNN