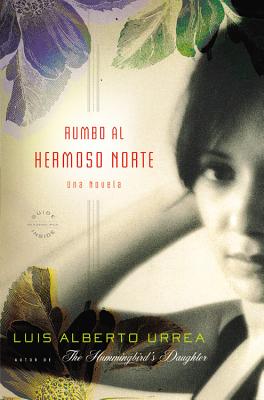 Nineteen-year-old Nayeli works at a taco shop in her Mexican village and dreams about her father, who journeyed to the US to find work. Recently, it has dawned on her that he isn't the only man who has left town. In fact, there are almost no men in the village -- they've all gone north. While watching The Magnificent Seven, Nayeli decides to go north herself and recruit seven men -- her own "Siete Magnv?ficos" -- to repopulate her hometown and protect it from the bandidos who plan on taking it over.

Filled with unforgettable characters and prose as radiant as the Sinaloan sun, Into the Beautiful North is the story of an irresistible young woman's quest to find herself on both sides of the fence.

A finalist for the Pulitzer Prize for his landmark work of nonficiton The Devil's Highway, Luis Alberto Urrea is also the bestselling author of the novels The Hummingbird's Daughter, Into the Beautiful North, and Queen of America, as well as the story collection The Water Museum, a PEN/Faulkner Award finalist.

He has won the Lannan Literary Award, an Edgar Award, and a 2017 American Academy of Arts and Letters Award in Literature, among many other honors. Born in Tijuana to a Mexican father and American mother, he lives outside of Chicago and teaches at the University of Illinois-Chicago.