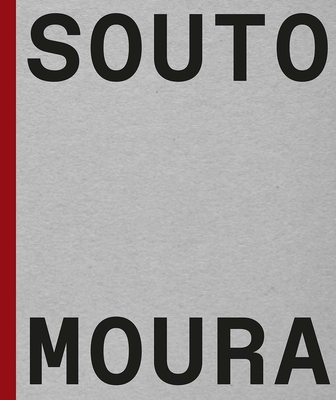 “I look beyond solution; I look for an expression.”—Eduardo Souto de Moura

The architect Eduardo Souto de Moura (b. 1952) has won many accolades, including the 2011 Pritzker Architecture Prize. Based in Porto, Souto de Moura studied under Fernando Távora and worked under fellow Portuguese architect Álvaro Siza, with whom he continues to collaborate. Souto de Moura established his own practice in 1980, and his wide-ranging influences, including Mies van der Rohe and Donald Judd, can be seen in the stunning variety of his work, from his acclaimed private houses, to the striking Paula Rego Museum in Cascais and the Braga Municipal Stadium, to his work in historical contexts such as the Convento das Bernardas in Tavira.

This beautifully illustrated retrospective provides the most comprehensive account of Souto de Moura’s career to date. Drawings, notes and sketches from his archive, and newly commissioned photographs complement essays by scholars and prominent architects that trace Souto de Moura’s career, contextualize his work within the larger trends of contemporary international architectural culture, and highlight the originality of his design strategy.

Francesco Dal Co is professor emeritus of architecture at IUAV, Venice, and editor of Casabella. Nuno Graça Moura is an architect and former collaborator of Souto de Moura.

“A treat for architects. . . . If you are a fan of Souto de Moura, this book is a must.”—John Hill, A Daily Dose of Architecture Books