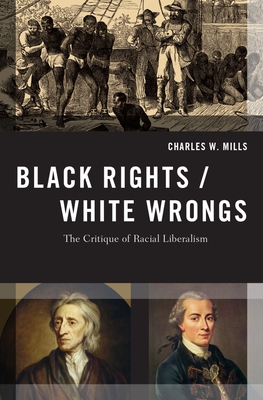 Liberalism is the political philosophy of equal persons - yet liberalism has refused equality to those it saw as sub-persons. Liberalism is the creed of fairness - yet liberalism has been complicit with European imperialism and African slavery. Liberalism is the classic ideology of Enlightenment and political transparency - yet liberalism has cast a dark veil over its actual racist past and present. In sum, liberalism's promise of equal rights has historically been denied to blacks and other people of color. In Black Rights/White Wrongs: The Critique of Racial Liberalism, political philosopher Charles Mills challenges mainstream accounts that ignore this history and its current legacy in self-conceived liberal polities today. Mills argues that rather than bracket as an anomaly the role of racism in the development of liberal theory, we should see it as shaping that theory in fundamental ways. As feminists have urged us to see the dominant form of liberalism as a patriarchal liberalism, so too Mills suggests we should see it as a racialized liberalism. It is unsurprising, then, if contemporary liberalism has yet to deliver on the recognition of black rights and the correction of white wrongs. These essays look at racial liberalism, past and present: "white ignorance" as a guilty ignoring of social reality that facilitates white racial domination; Immanuel Kant's role as the most important liberal theorist of both personhood and sub-personhood; the centrality of racial exploitation in the United States; and the evasion of white supremacy in John Rawls's "ideal theory" framing of social justice and in the work of most other contemporary white political philosophers. Nonetheless, Mills still believes that a deracialized liberalism is both possible and desirable. He concludes by calling on progressives to "Occupy liberalism " and develop accordingly a radical liberalism aimed at achieving racial justice.

Charles W. Mills is Distinguished Professor of Philosophy at the CUNY Graduate Center.