Puerto Rican Poetry: An Anthology from Aboriginal to Contemporary Times (Paperback) (Word Up) 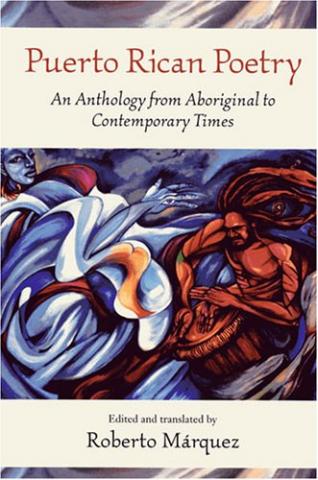 This volume offers the most wide-ranging and comprehensive collection of Puerto Rican poetry available in English. It includes the work of sixty-four poets, as well as many previously inaccessible selections from Puerto Rico's tradition of popular verse forms—coplas, décimas, bombas—produced by anonymous writers. All are presented in English, contextualized and individually introduced by Roberto Márquez, a distinguished translator and literary scholar.

Book I, "Before Columbus and After, 1400–1820," focuses on the foundational origins of Puerto Rican poetry and the clash of competing visions embodied in the rich and heterogeneous corpus of anonymous popular verse forms. Book II, "The Creole Matrix: Notions of Nation, 1821–1950s," concentrates on the period in which a distinctively Puerto Rican consciousness emerged and the island's subsequent experience as a U. S. colony in the decades after the Spanish-Cuban-American War up to formal establishment of Commonwealth status. Books III and IV are devoted, respectively, to the era of insular "Critique, Revolt, and Renewal" in the mid-twentieth century, and to the "New Creoles, New Definitions" that developed in the late twentieth century, including the distinct and parallel growth of Puerto Rican poetry in the mainland United States.

In addition to a general introduction and concise biographical profiles of each poet, Márquez provides a detailed "Chronology" of the history of the island that has shaped the poets and informed their work. The resulting volume is a major contribution to our understanding and appreciation of Puerto Rican literature and the heterogeneous society in which it has been produced.